I have been ordering from Imperfect Foods for about a year now. To be honest, I am not always 100% satisfied. There were plenty of times my order was incorrect, missing items, sent rotten produce, and not the freshest seafood. However, I do love the selection of items offered. A lot of items they offer, you sometimes can’t find in the grocery store. Despite my less than satisfactory experiences, I still order from them because when I do have an issue, they always correct it. I’m going to unbox one of my boxes for you today and show you what I got. Of course, my box wasn’t correct. I was missing the yogurt I ordered and received chicken sausage we didn’t order (We’re pescatarians). I also received white onions when I ordered red. I was sent an email later explaining that they ran out of red onions so they sent white. I have enough white onions, but I guess now I have more! I wrote them before I saw the email and I was reimbursed for the onions and missing cashew yogurt.

The first thing in my box was zucchini. I ordered them to make zoodles and zucchini bread. They were a nice size and they were organic. The price I paid was $2.00 for both. Not bad for organic zucchini. They were fresh and in good shape.  Next up was the Simple Mills Almond Flour Crackers. The price I paid was $4.99. The problem with this was the listing said that I would be getting a 4.8oz 6-pack. What I received was a 4.25oz box that was not single-serve. I didn’t bring it up to them because it wasn’t a big deal to me, so I let that one slide. I love these crackers. They are delicious, gluten-free, and made with just a few simple ingredients. I ordered red onions for my salads and sandwiches. I was sent white onions instead. I mentioned earlier that I really didn’t need white onions but Imperfect Foods wanted to send something instead of leaving the folks who ordered red onions empty-handed. They did reimburse me which I did appreciate. Aside from that, the onions were nice in size and were in good condition. The price for the two onions were $1.50. I ordered some ground cinnamon and cloves for Fall time baking and to add to my chai. I thought they were a good value. The cloves were $2.99 and the cinnamon was $1.99. I am happy with this purchase for sure!

The Partake Soft Bake Chocolate Chip Cookies were for my husband. He was not impressed and we won’t order it again. I tried the sugar cookie version in the past and wasn’t impressed either. The texture was off and just didn’t cut it for me. However, they are gluten-free and vegan which is a good thing. They were only $3.49 so we weren’t out much. 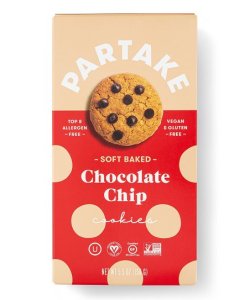 The three avocados I ordered were all in good shape, I can’t tell you how they were because they all went bad before I could eat them, but that would be my own fault. I paid $2.25 for all 3, which is a great deal! The garlic was in good shape as well and I paid $0.85 for both. The pomegranate was $1.99 and was on the small side. It did arrive in good shape. I ordered half a pound of ginger. I like to peel off a piece and eat it raw. It burns a little but it is so good for you and helps to boost your immune system during the pandemic. I suggest doing the same. It takes some time to get used to it. Start off with small pieces and work your way up. You can always just add it to your tea if raw is too much for you. Adding it to your cooking is a great option too! I paid $.175 and they were organic. They were in good shape as well. 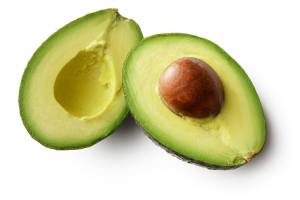 I saw that they had No Evil Plant-Based Chorizo. I really wanted to try it. You can put it on pizza, eat it with eggs, add it to potatoes, make dirty rice. The possibilities are endless! I haven’t decided what to make with it yet, but I’m sure it will be good! I paid $6.49 which is pricy. I usually buy Soy Chorizo from Trader Joe’s. This doesn’t have soy in it and made with wheat gluten. It’s a good option for those staying away from soy.

I am a huge fan of Oatly’s Full Fat Oat Milk. It is the only thing that has come close to half and half. It makes my coffee taste even better. I have to admit, I only bought this next product because I liked the packaging a lot. I bought it to try in my coffee but I am very spoiled with my Oatly. If it doesn’t compare I will use it for my cereal. I paid $2.99 for the Minor Figures Oat Milk  which is a pretty good price for organic oat milk. Oat milk is hands down the best replacement for milk IMO.

Now on to the item that made me order this box in the first place. The Impossible Burger! I already found plant-based meat I love with Purelife. However, I bought one to try when they hit the supermarket shelves and loved it so much! It has no after taste at all! Beyond Meat has a weird taste. It’s okay for burgers but not for tacos and spaghetti. I can smell and taste that something is off. I used only Purelife, but now Impossible is giving Purelife a run for its money. Impossible cooks like real meat and you can’t tell the difference. My husband and I are pescatarians and we really love this Impossible plant-based meat. I cant always find them at the grocery store because they fly off the shelf. When I saw Imperfect Foods were carrying them, I jumped back into ordering from them after I swore them off when I was missing a whole box of stuff. It was the only time I had to contact them multiple times about the issue. Usually, they are really good. I was mad about it for a while and got over it thanks to Impossible. I ordered 5 packs so I am not lying about how much I love them! (Hahaha)

Last, another goof-up from Imperfect Foods. They sent chicken sausages. I’ve been meaning to give them away but most likely will end up going bad before I do so. I am missing my Forger Cashew yogurt that I paid $4.99 for but was reimbursed. I was disappointed since I wanted to make dairy-free mango lassi.

Overall, I am happy with this box. My impossible plant-based meat made this box worth it for me. The total of my box came up to $83.22. If you spend $60 you get free shipping. Shipping is usually only $4.99. I recommend this box if you want to stay away from the grocery store, want to try new items, or just too busy to shop. Don’t order from them if you hate to be disappointed with missing or items that went bad before they got to you. Just brace yourself for at least one screw-up per box.

View all posts by Pepper Pot 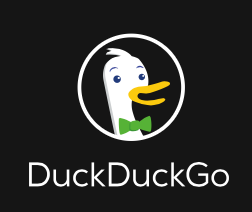