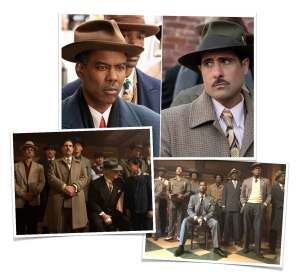 The show is set in Kansas City during 1950, it follows two crime syndicates as they battle for control over territory. At first it seems like they are working together, but then it all goes sour over greed. The cast is led by Chris Rock, who plays Loy Cannon, the head of a crime syndicate made up of black migrants fleeing the Jim Crow South who have a contentious relationship with the Kansas City mafia. Other cast members include Francesco Acquaroli, Andrew Bird, Jessie Buckley, Salvatore Esposito, Jeremie Harris, Jack Huston, Amber Midthunder, Jason Schwartzman, and Ben Whishaw. Everybody’s crooked, there are really no good guys, but Chris rocks character is the likable bad guy. The black mobsters are tough, but are such a small organization, they don’t pose a real threat to the Italian mobster family that’s expanding all over the country.

I’ll be honest, this is the first time I’ve ever watched a season of Fargo. I saw Chris Rock on the trailer and, I had to give it a chance. I’m a big Rock fan, and I have to always support his work. In a serious acting role, he did great. Some people didn’t like him as a mob boss, but I thought he pulled it off, he was believable. If you like mob movies, with a twist of comedy , and written with true historical events, check out this series. This show is amazing, I can’t believe this really happened in real life. The story was written so well. I have a love hate relationship with all of the characters, because you start to enjoy everyone over time throughout the season. People may think I never dislike any shows I review, but lately I’ve enjoyed most of the shows I’ve watched in 2020. Trust me, I don’t waste time on a show after the first episode sucks. Season 4 of Fargo was created by Noah Hawley, it premiered on September 27, 2020, on FX and concluded on November 29, 2020. It consisted of 11 episodes.

My rating for the show is 4 out of 5 Stars 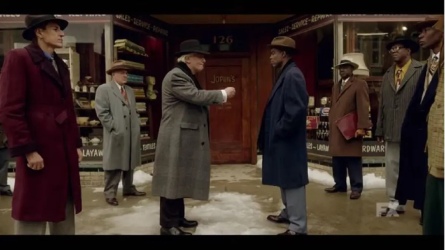 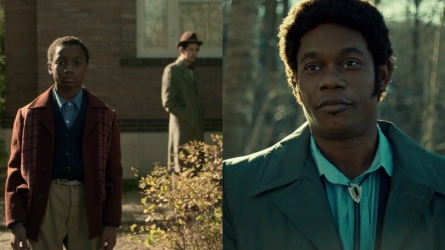